To date, the administration has nominated candidates for about a third of the executive branch appointments that require Senate confirmation. Around a third of those have been confirmed. This applies to economic, fiscal, financial policy positions, to departments like Treasury, and agencies like the SEC.

The nominations that have been made and confirmed are promising ones, but the pace of the process is bordering on pathetic. In this update, we examine the key economic and regulatory nominees waiting to be confirmed, important positions waiting for a nominee, and the downside of delay.

Of the nearly 1,200 Senate-confirmed positions in the federal government, President Biden has named 382, but only 141 have been confirmed. The administration and Senate need to move faster to ensure President Biden’s financial regulatory policy agenda can be enacted through the executive branch, where GOP obstruction is less feasible.

Among the consequences and risks attending delayed confirmations and extended vacancies:

Waiting To Be Confirmed

President Biden has recently named several progressives to critical financial regulation posts. The following nominees should be confirmed by the Senate as soon as possible: 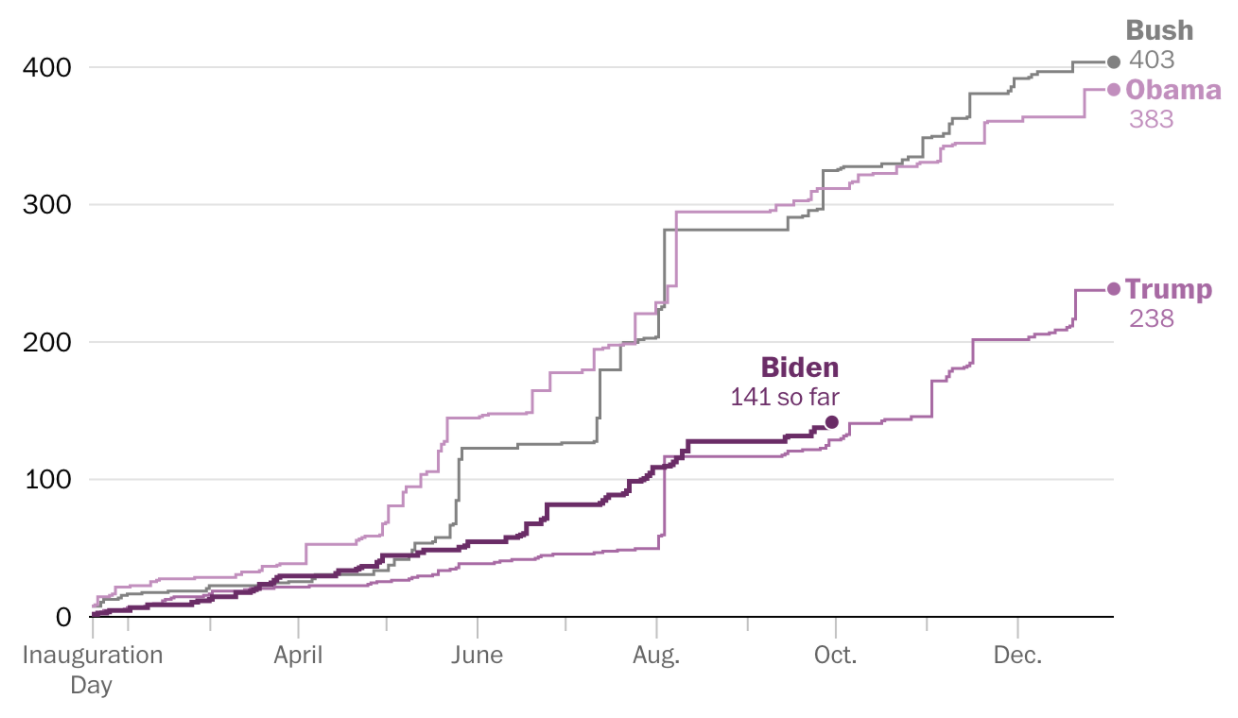 Although the Biden administration has made progress in naming individuals to key posts in recent months, some important nominations remain:

Even though President Biden has put forward some giants in their field for key economic policy and financial regulation posts, the pace of confirmations and nominations has been too slow. Gary Gensler’s quick start and bold agenda as SEC chair underscore the importance of confirming nominees promptly. Many Senate Republicans have been placing holds on nominees to slow down the process in retaliation for certain actions by the Biden administration. This slow pace of nominations has frustrated groups and individuals supporting the President’s economic agenda. These are critical roles that need to be filled if Biden’s agenda is to be implemented properly. Although floor time is a limited commodity in the Senate, the Democratic majority must place a premium on confirming these individuals so President Biden can enact the financial policy agenda he campaigned on and deliver on voters’ expectations in this area.