The main takeaway from yesterday’s CPI report: inflation remains high, though decelerating marginally. CPI increased for consumer goods by 0.3 percent in April, down from the 1.2 percent increase in March. Increases in prices for food, airline fares, new vehicles, and shelter contributed the most to the increase. We see more of a plateau in aggregate prices than a peak.

By “shelter,” we mean a huge sector of the economy — construction, real estate purchases/sales, financing, and rent. Housing costs overall comprise a third of the overall CPI.  Monthly rent went up by 0.6 percentage points in April. Mortgage rates left nearly 1.5 percent. Economists expect shelter inflation to remain firm amid the tightest housing market in decades, a challenge for households facing rising prices and for the White House and Federal Reserve as they try to put prices on a steadier path.

Federal Reserve’s policy here will now include the views of — and congratulations to — Fed Governors Dr. Lisa Cook and Philip Jefferson, confirmed to the Board this week.

Inflation continues to dominate the front pages as the country grapples with price increases not seen for decades. The 8.3 percent year-on-year CPI increase in April remains high as supply chain snarls, increased consumer demand, and global volatility continue to exert upward pressure on prices, despite pandemic fiscal support drying up and the Federal Reserve tightening its monetary policy.

On top of higher prices for goods and services, housing prices continue to sprint upward at a worrying pace. The latest Consumer Price Index report showed some silver linings after last month’s blistering headline rate of 1.2 percent month-over-month, but there are still many causes of worry in the report, both for households looking at their pocketbooks and Democrats trying to retain control of Congress.

The April Consumer Price Index report is a mixed bag for the entire country as it provides contradicting evidence for inflation passing its apex. The CPI report showed a 0.2 percentage point drop from 8.5 percent to 8.3 percent in year-over-year inflation with month-over-month inflation falling nearly a point to 0.3 percent. When excluding food and energy, year-over-year inflation is also down with core inflation falling to 6.2 percent from 6.5 percent. However, month-over-month core inflation doubled to 0.6 percent from 0.3 percent, a worrying signal that inflation could be broadening, even if slowing down. 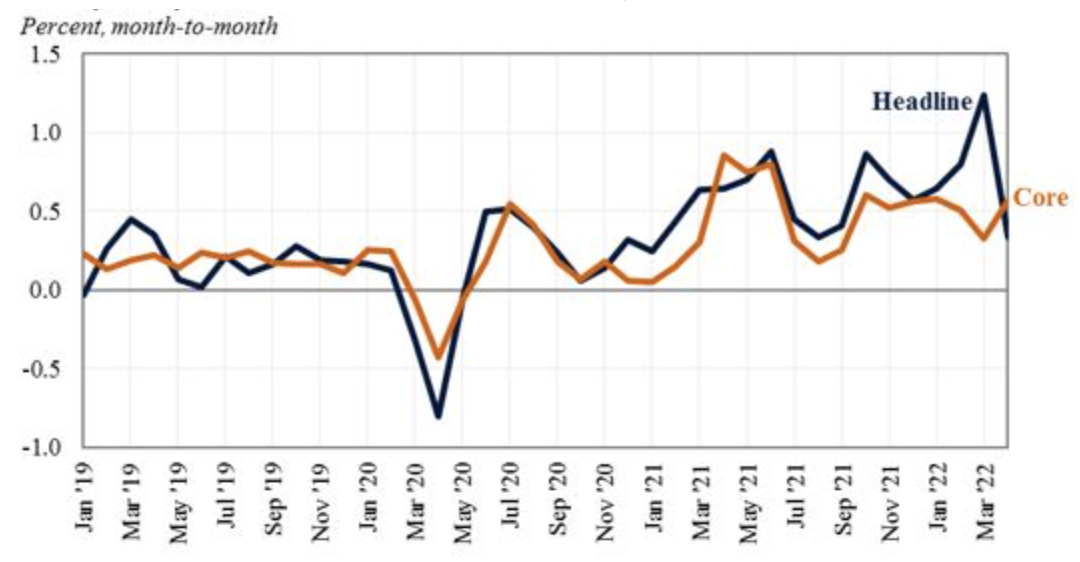 The deceleration in inflation can largely be attributed to apparel, food, and energy. Apparel prices fell significantly by 0.8 percent over the month. This fall is welcome, signaling some elements of the supply chain snag are easing. Food prices continued to increase, but the pace of growth was slower by 0.1 percentage point over the last month, which put downward pressure on headline inflation. A drop in energy prices is the main reason why overall inflation slowed down. Despite rapid acceleration over the last few months, energy costs fell by 2.7 percent. The drop in energy prices during April provided some relief at the pump. However, there have already been signs energy prices may be increasing again throughout May which could offset these gains entirely.

China’s omicron wave lockdowns, the continuing semiconductor shortage, and the increase in services inflation. The lockdowns in China are continuing to put pressure on our supply chains. The ongoing chip shortage has pushed vehicle prices high and is partially responsible for the 1.1 percent jump in prices for new vehicles just this month. The 0.7 percent increase in services prices will also give the Federal Reserve some heartburn as services inflation continues to accelerate each month since December. In addition, housing costs continue to rise at a rapid clip due to severe supply and demand imbalances. 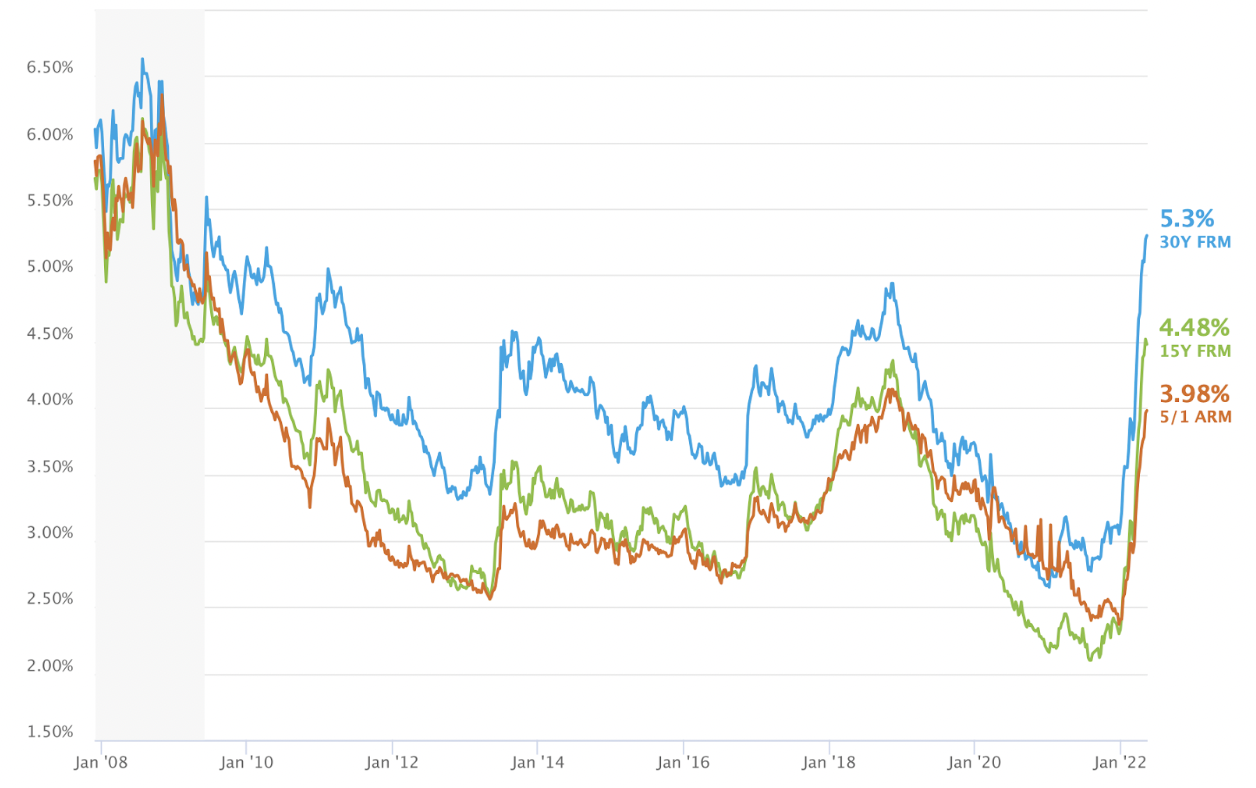 But all policies come with tradeoffs: it became easier for housing prices to appreciate. When coupled with the supply issues already facing the market, the problems began to compound. And with the Federal Reserve’s recent attempts to cool off the housing market to bring inflation down, they are hoping higher mortgage rates will deter further demand. For the time being, that means prohibitively high housing prices for prospective homebuyers. 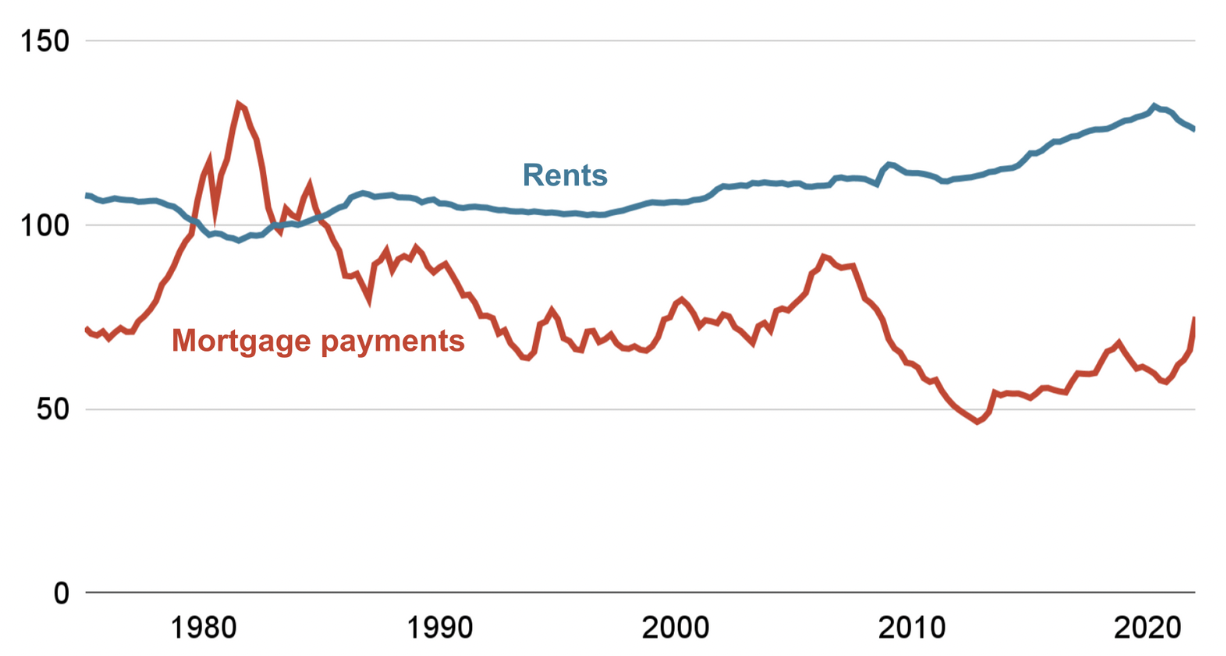 The April CPI numbers will likely not alter the way policymakers are viewing inflation. Despite some signs that the data is beginning to trend in the right direction, inflation is still high, and American consumers know it. Federal Reserve Chair Jerome Powell has already confirmed the central bank would need some more data from future reports to make any changes in their expected policy. The report will not be enough to alter Powell’s position that the Federal Reserve is not considering a 75 basis point hike. If inflation does cool down significantly over the summer, the Federal Reserve will likely revert back to 25 basis point hikes instead of the 50 basis point expected for at least the next two meetings.

The rapid increase in prices in the housing market could bring housing policy back to the forefront of the legislative agenda if a new spending package is created. The Federal Housing Administration and the Federal Housing Finance Agency are expected to reduce fees in the coming months which could help slow the pace of mortgage payment increases.

The CPI report also dampens some hopes that inflation would cool down enough in time for the midterms. With primary season already underway, Democrats’ window is shrinking to convince voters that they can tame inflation. Republican candidates are banking on the assumption that inflation is still top of mind for voters, rather than social issues like the recently leaked draft decision from the Supreme Court that would restrict abortion rights. Barring a substantial economic reconciliation package, Democrats’ messaging that they put money into voters’ pockets during COVID may fall flat as voters continue to watch prices rise.

The report does nothing to help grease the wheels for the Democratic fiscal package. Democrats’ main fiscal package on household costs and taxes has largely stalled out due to pushback from Senator Joe Manchin against more spending in the wake of inflation. This hotter-than-expected report is more status quo than sticker shocker.