During the 25 days until election day, voters will be heading to the polls, casting their ballots as a referendum on issues like abortion and the economy. Democrats have an uphill battle to wage in defense of their congressional majorities. Currently, the two parties are neck and neck to win control of the next Congress.

Today, we present our final set of endorsements before the midterms. Most of our candidates are in margin-of-error-tight races facing incumbent Republicans. The candidates endorsed are among the most productive members of and promising candidates for Congress, with the vision and skills to serve as important leaders on national economic and political reform issues. At this moment, all of our endorsees need your support to win their critical seats. The full slate of our 2022 endorsements can be found here. 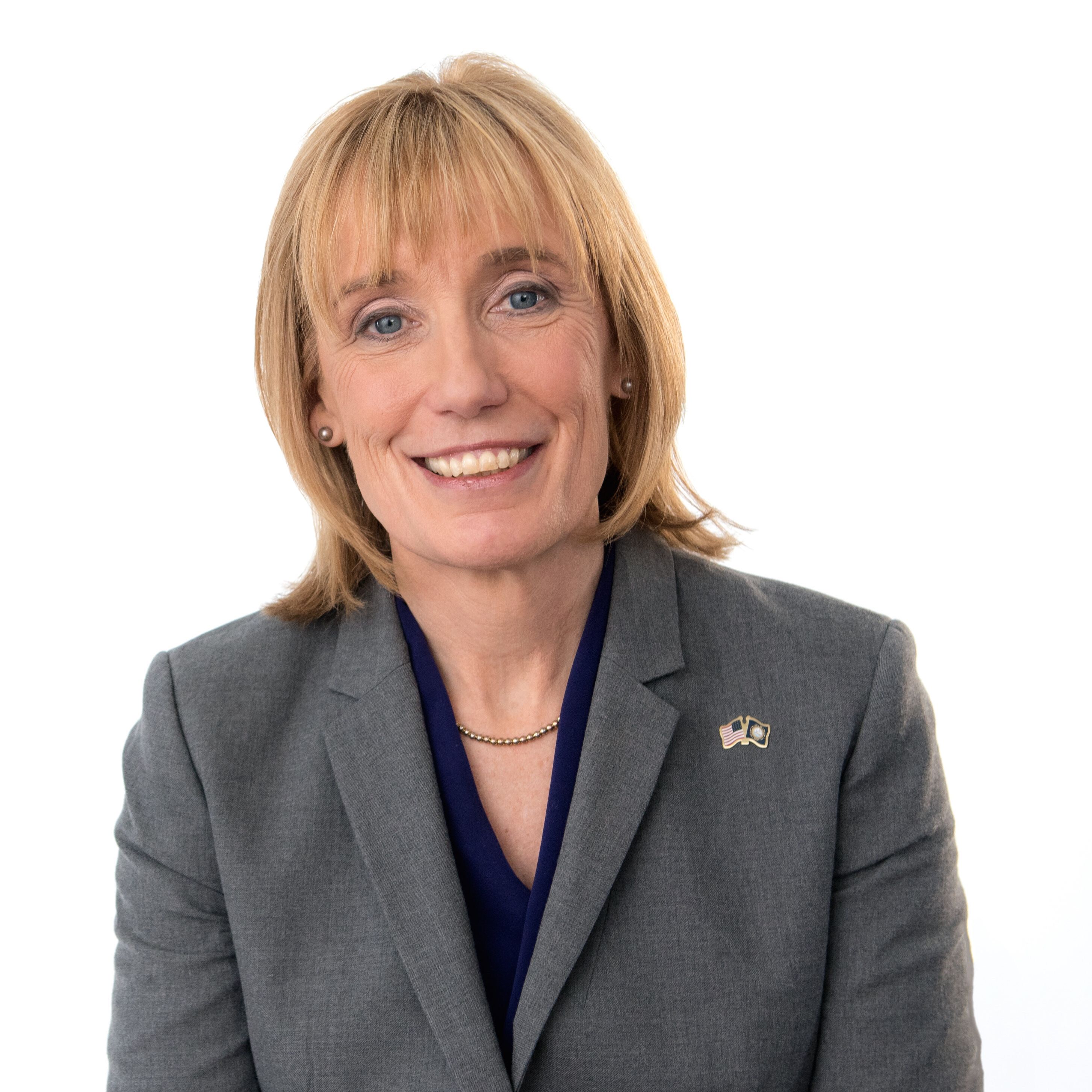 Serving as the former Governor of New Hampshire, Maggie Hassan was elected to the Senate in 2016 by a margin of only 1,017 votes. She is the second woman in American history to serve as both Governor and U.S. Senator. Senator Hassan is recognized for her ability to work across the aisle on a number of priorities important to New Hampshire. She has worked as a key negotiator for the bipartisan infrastructure law and the CHIPs and Science Act. Senator Hassan has also been a leader in the fight to protect against a nationwide abortion ban and helped introduce legislation to enshrine Roe v Wade into law.

Senator Hassan’s Republican opponent is Don Bolduc, an extremist who has repeatedly denied the results of the 2020 election, has a record that makes clear he would be a yes vote for a nationwide abortion ban, and would end Social Security and Medicare as we know it. National Republicans are pouring nearly $60 million into New Hampshire to defeat Senator Hassan underscoring the urgent need to ensure that Senator Hassan has the support she needs to defeat this extremist and maintain the razor-thin Senate majority. 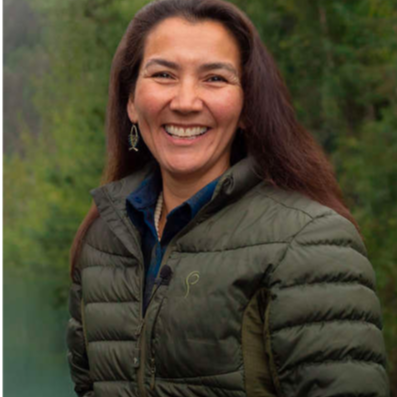 Shocking the nation in a closely-watched special election in August, Rep. Mary Peltola is already in a tight re-election fight to hold onto the sole House seat in Alaska following the passing of Rep. Don Young. Peltola will once again go up against former Governor Sarah Palin and Nick Begich, a rare Republican member of the Begich dynasty in Alaska. Despite beating them in a ranked choice election already, Republicans will want to recapture the seat in their pursuit of the House majority this November.

The first Alaska Native to serve in Congress, Peltola has the making of a transformational voice for Alaska. Her campaign has centered around kitchen table issues for Alaskans: abortion access and rights, the fishing economy, and the use of Alaska’s plentiful natural resources. Her unique perspective, both through her background and held views, will add nuanced discussion to various issues as she represents Alaska. 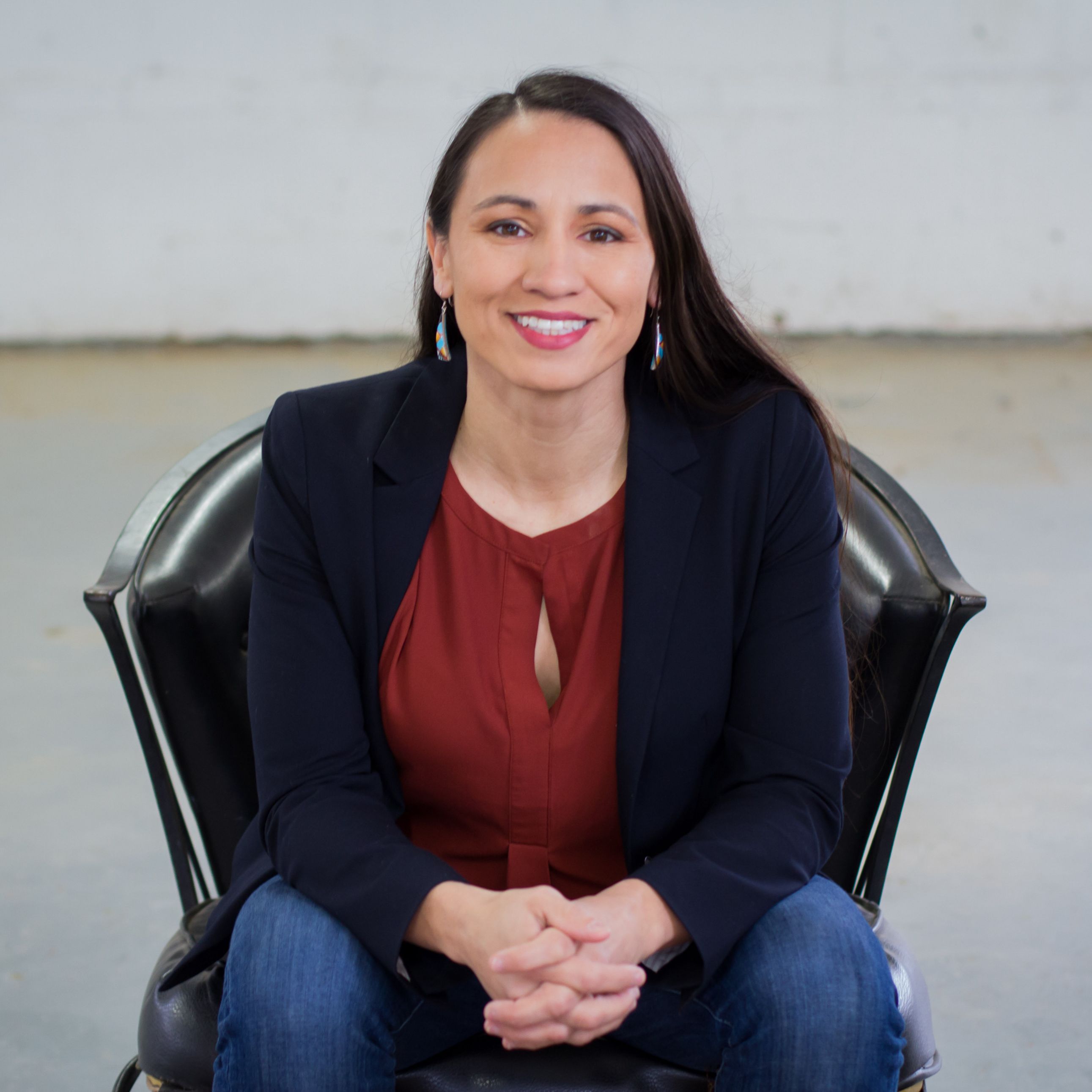 Representing Kansas’ 3rd Congressional district encompassing Kansas City, KS and surrounding suburbs, Rep. Sharice Davids is running for her third term. When she was elected in 2018, she became one of the first Native American women to serve in Congress, alongside now-Secretary of the Interior Deb Haaland. Congresswoman Davids serves as the Vice Chair for the Committee on Transportation and Infrastructure, Chair of the Subcommittee on Economic Growth, Tax and Capital Access in the Small Business Committee, and as a member of the Joint Economic Committee and the Agriculture Committee.

After redistricting shifted this seat to the right, the Congresswoman faces a tough reelection fight against her previous opponent Amanda Adkins who helped Kansas Governor Sam Brownback implement his failed “tax experiment” that bankrupted the state. This toss-up race is a key race to defending the majority in the House. As a champion for expanding economic opportunity, Rep. Sharice Davids must be sent back to Congress to continue standing up for those underrepresented in Kansas. 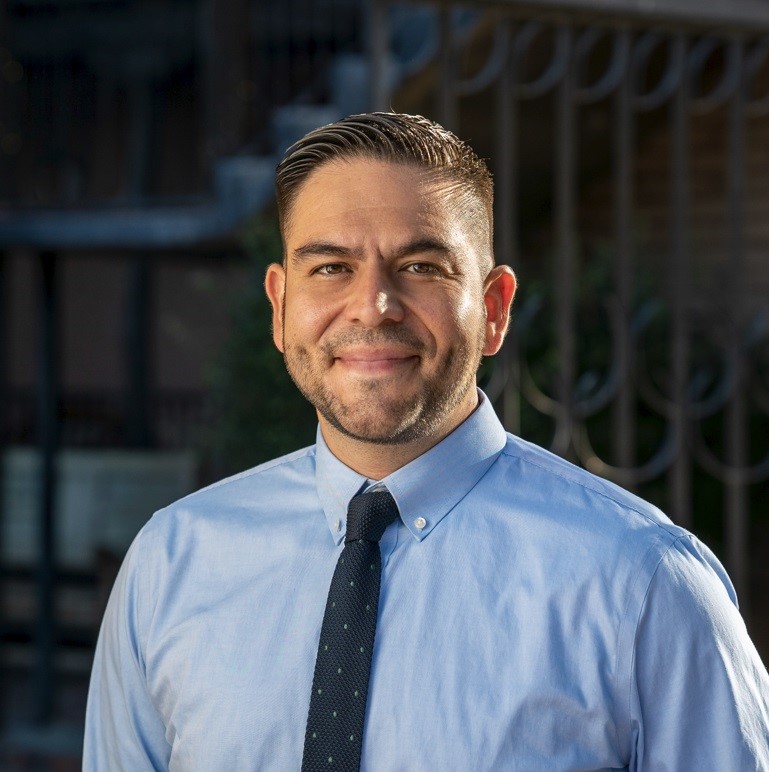 Former Las Cruces city councilor and conservationist Gabe Vasquez is running to flip New Mexico’s 2nd Congressional district from red to blue. After former Rep. Xochitl Torres Small lost reelection in 2020, this district has been held by Republican Rep. Yvette Herrell who voted against the bipartisan infrastructure law and spread conspiracy theories about COVID-19. However, redistricting shifted this rural southern seat to the left, making this an extremely close race.

Vasquez is running as a champion for working families and seeks to create an economy that works for all, prioritizing job creation, infrastructure and natural resources. Additionally, he supports ethics and democracy reform in Congress, and does not believe members of Congress should trade stocks. As an advocate for workers and economic development, Vasquez will be a strong addition to the 118th Congress. 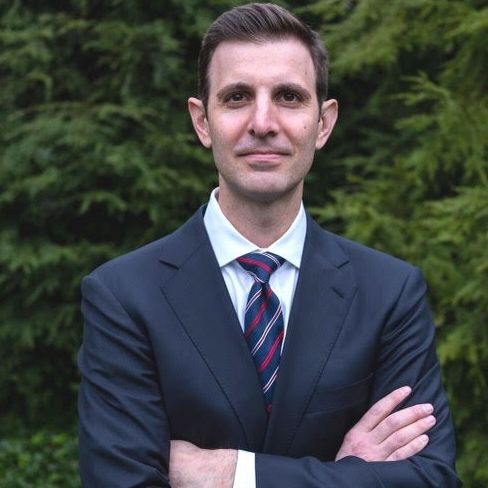 Chris Deluzio is a veteran and voting rights attorney running in Pennsylvania’s 17th Congressional District, covering the northern and western suburbs of Pittsburgh. After serving three deployments in the U.S. Navy, DeLuzio received his law degree and went on to work at the Brennan Center for Justice and Pitt Cyber, where he focused on voting rights and election security. More than ever, Congress needs more champions that will defend our democracy.

After redistricting made this seat slightly bluer, incumbent Rep. Conor Lamb left to run for a failed Senate bid. The absence of an incumbent gave Deluzio the opportunity to run in this must-keep district for Democrats. His opponent, Jeremy Shaffer, is running on his local government experience as a pro-business conservative. In contrast, Chris is running a pro-union campaign and taking corporate power head on. As a champion for economic equality and democracy, Chris Deluzio stands to be a voice for democracy and political reform in Congress. 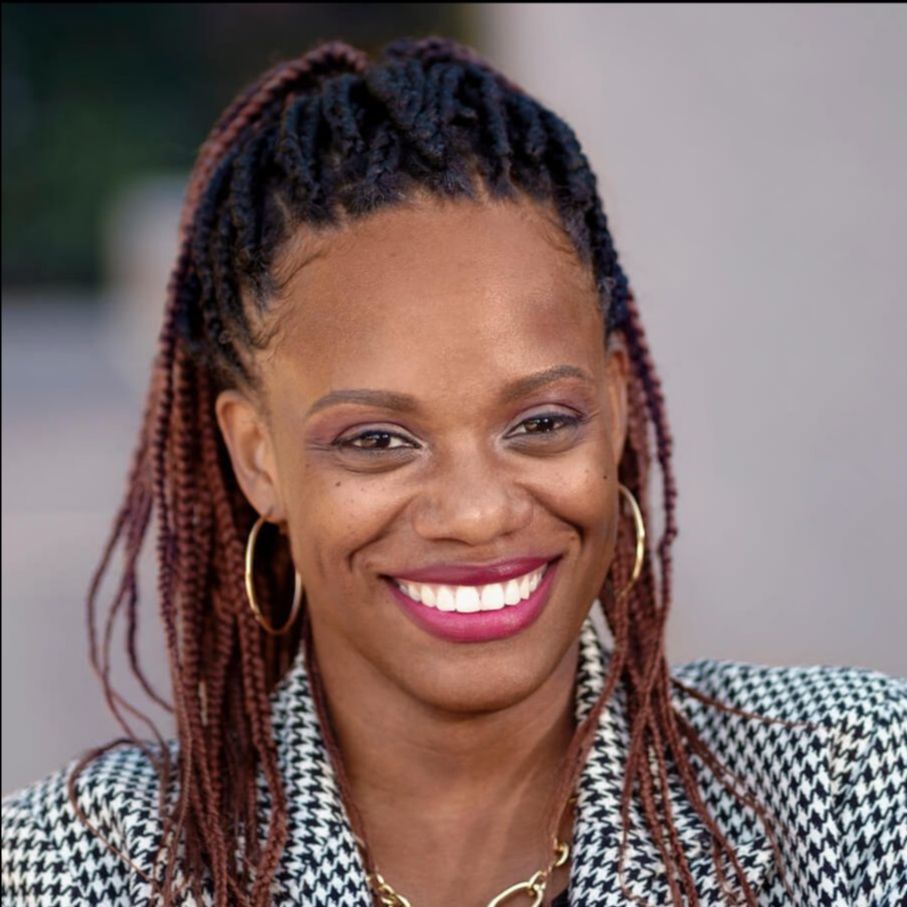 Running to replace retiring Rep. Mike Doyle, State Rep. Summer Lee is hoping to become the next Democrat to represent Pittsburgh and its southern and eastern suburbs. Currently representing Braddock and its surrounding areas in the 34th district in Pennsylvania’s State House, Lee’s bid to move up to federal office faced its first hurdle in the hotly contested primary earlier this summer where Lee beat back a dark-money funded candidate. Following the primary, Lee turned her attention to her opponent — who happens to also be named Mike Doyle — with favorable odds in a historically Democratic area.

Lee has centered her campaign around democracy reform, voting rights, and economic justice — all pillars of the functioning, vibrant society she envisions we can build. Lee will be a heavyweight when it comes to issues surrounding financial access and housing, bringing her local and state perspectives to Congress to better inform these crucial policy areas. In addition, her pursuit of a modern industrial policy shows the promise of a thoughtful, compassionate legislator who wants to expand prosperity through intentional investments in the productive capacity of our economy. 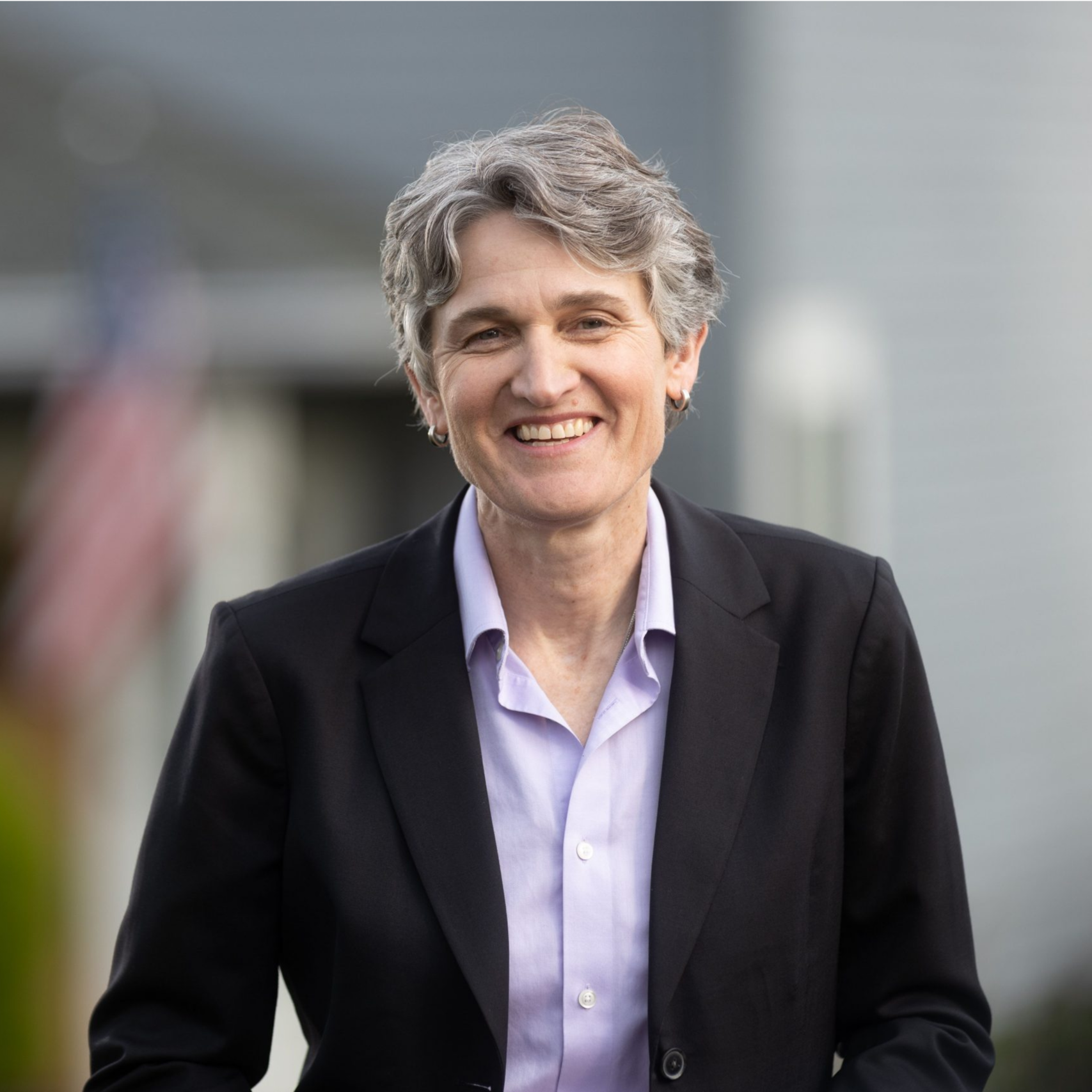 After a successful primary challenge against a Blue Dog incumbent, progressive Jamie McLeod-Skinner is running to represent Oregon’s 5th Congressional district, which includes the city of Bend and the suburbs of Portland. No stranger to public service, she currently serves as an elected board member of the Jefferson County Education Service District and was appointed by the governor to serve on the Oregon Watershed Enhancement Board. McLeod-Skinner also served as the City of Talent’s Interim City Manager where she brought in millions of dollars for aid and emergency housing. This toss-up race is essential to defending the House majority, and McLeod-Skinner has the experience and the vision to keep this seat blue.

A former union member and now small business owner, McLeod-Skinner is running to expand economic opportunity for Oregonians in both rural and urban communities. McLeod-Skinner is committed to investing in critical infrastructure and expanding access to affordable housing, healthcare, childcare, and affordable higher education, including trade programs. If elected, McLeod-Skinner will be the first openly LGBTQ+ candidate from Oregon to be elected to Congress. 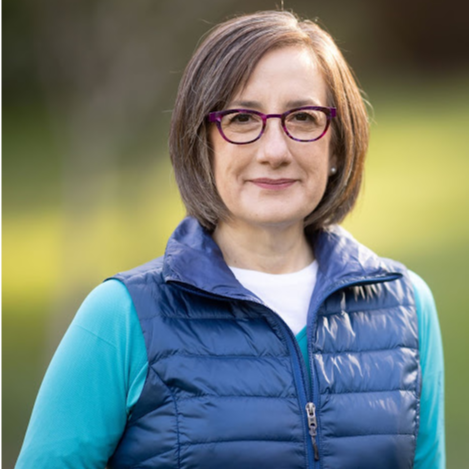 Having served in the Oregon state legislature since 2017, Andrea Salinas is hoping to take her fight for working families from the statehouse to Congress as she runs to represent Oregon’s newly formed 6th Congressional district which includes Salem and some Portland suburbs. Salinas will face anti-climate, anti-choice businessman Mike Erickson in November, offering a prime opportunity for Democrats to pick up an additional seat.

Prior to joining the state legislature, Salinas worked as an advocate representing unions, reproductive rights organizations, and environmental groups. A leader in the state legislature, Salinas has championed access to quality, affordable healthcare, protections for workers, and climate change mitigation. Salinas also fought to raise the minimum wage and pass the most progressive paid family leave bill in the country. Her strong track record will serve her well in Congress where she will continue to work to protect rights of privacy and a fairer economy. 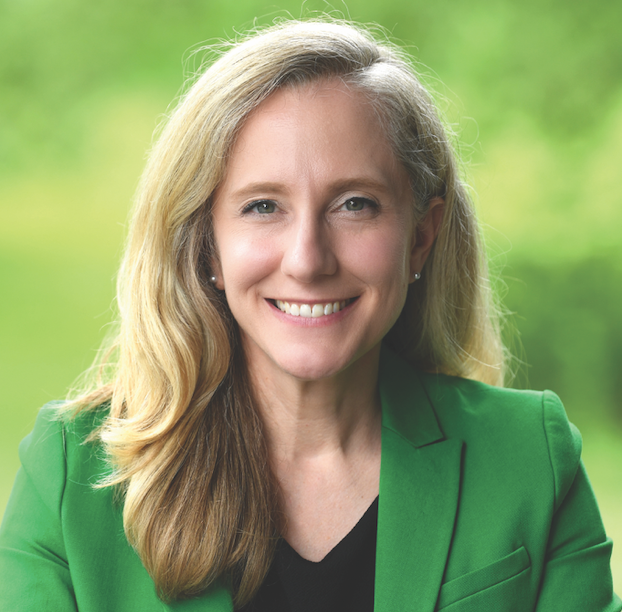 Representing Virginia’s 7th Congressional District, Rep. Abigail Spanberger is looking to secure her seat for the 118th Congress. Spanberger faces a tight race against extremist Republican Yelsi Vega. Spanberger, the most bipartisan Member of Congress representing the Virginia delegation in either chamber, is fighting for Virginia families and working to lower prescription drug costs. Other priorities include advancing small businesses, expanding access to healthcare, and protecting the nation from domestic and foreign threats.

Prior to being elected in 2018 as the first Democrat to win election in the 7th District since 1968, Spanberger served as a CIA case officer and federal enforcement officer. Today, Spanberger serves on the House Agriculture Committee and the House Foreign Affairs Committee. Spanberger is a champion for cleaning up Washington, which is why she doesn’t accept a dime of corporate PAC money, and has advocated for the bipartisan TRUST in Congress Act, which would ban Members of Congress and their spouses from buying, trading, and selling individual stocks. 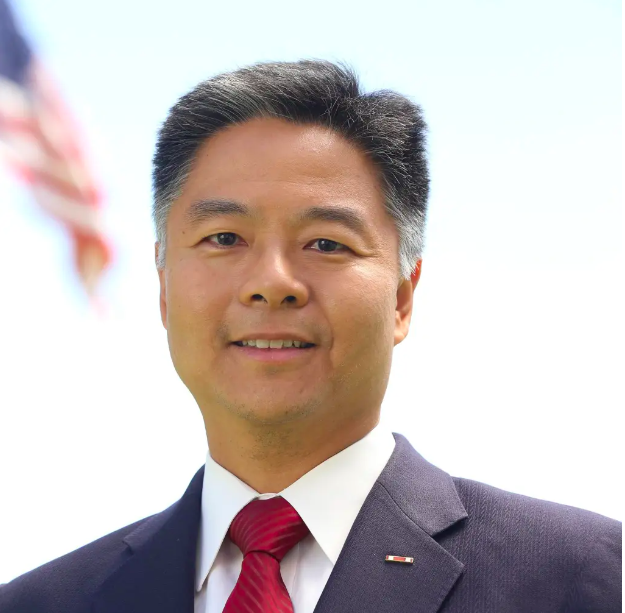 Former member of the U.S. Air Force and current Colonel in the Reserves, Congressman Ted Lieu was elected to Congress in 2014 to represent California’s 33rd Congressional district. Congressman Lieu currently serves on the House Judiciary Committee and the House Foreign Affairs Committee. A clear leader, Lieu was appointed as an Assistant Whip for the Democratic Caucus in 2017.

Congressman Lieu has established himself as a champion on the environment, cybersecurity, civil liberties, and veterans. He also serves in House Leadership as a Democratic Policy and Communications Committee (DPCC) Co-Chair, working to provide a unified message amongst House colleagues that focus on lowering costs, better paying jobs, and safer communities. We commend Congressman Lieu for taking on this challenging but important task on behalf of the Democratic caucus. 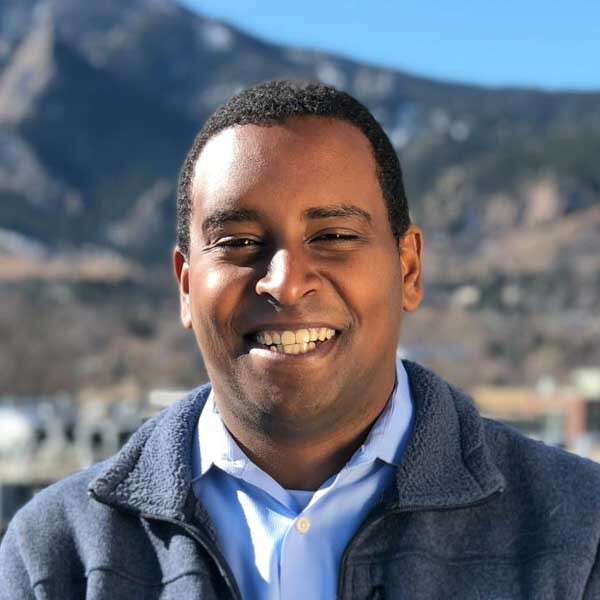 Democratic Rep. Joe Neguse, the first African-American member of Congress in Colorado history, is running for reelection in a district that spans the northwestern suburbs of Denver. Serving as a key member for the House Judiciary Committee, House Natural Resources Committee, House Rules Committee, and Select Committee on Climate Crisis, Neguse has continuously been praised for his hardwork and was elected to House Democratic Leadership as the Co-Chair of the Democratic Policy and Communications Committee. In 2021, the former attorney and civil leader introduced 80 bills, the most out of all members of the U.S. Congress. Neguse is particularly passionate about expanding access to education and banning members of Congress from trading stocks. His tireless commitment to the people of Colorado prompted his recognition as one of the top 10 most effective Democratic members of Congress.